During this sub-section, we will be dealing with a type of variable, called a Boolean. Booleans can only store two values, true and false. For example, if you wanted to track whether a person competed a checkpoint or not, or if they won the game to show a victory splash screen while the person that lost, gets a losing screen. What we will be doing with this, is declaring a Boolean variable and then initializing that Boolean. To demonstrate variables better, create a new console program by the name of "variEx". This will provide us with a space where we can practise with all of the variables. 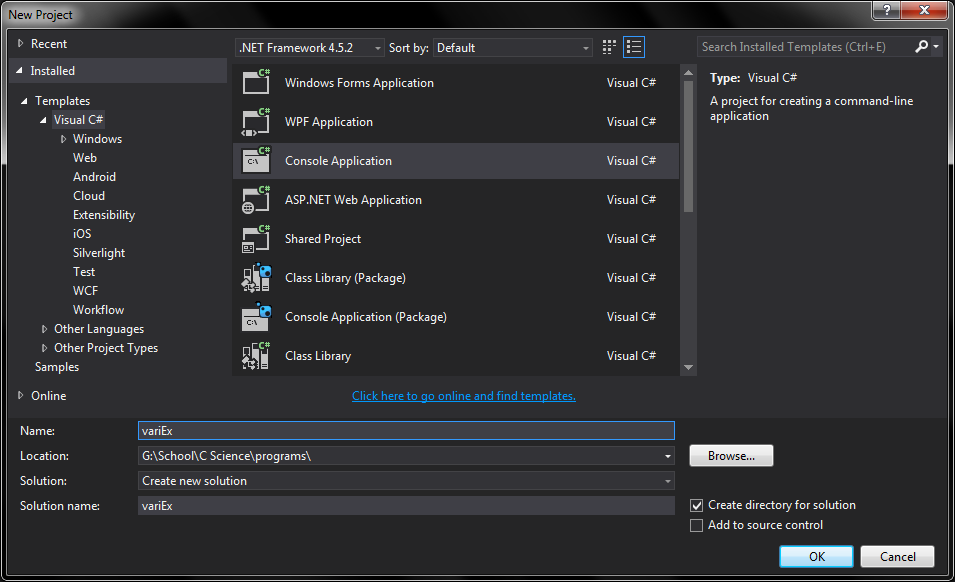 In order to declare a boolean variable, you need to type the following code ‘Boolean bVari;’ on the first line so it looks like this. What this does, is it creates a boolean variable and labels it according to what you stated it as.

To initialize that boolean, write this code on a second line. ‘bVari = true;’. This will take the name that you gave it and gives it a value of true.

Once you’re done with that, let’s put our boolean to work! Create an if/else statement like this and make the variable value true. As well as add the code after everything so the program stays open until told to close, 'Console.ReadLine();'. 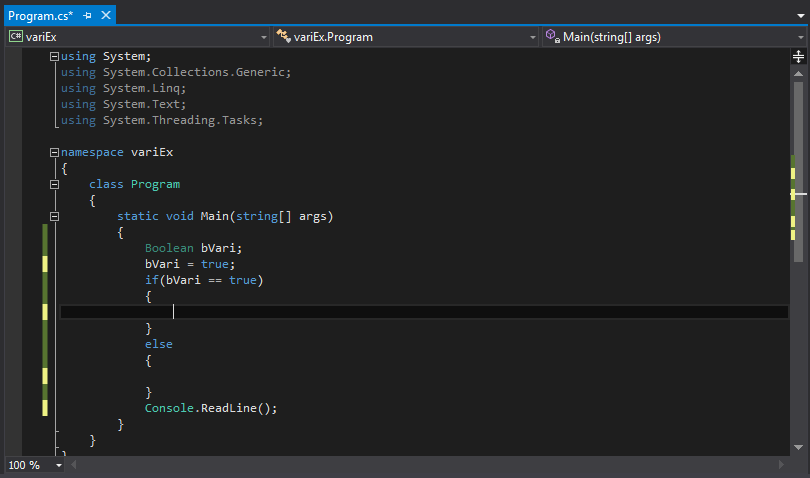 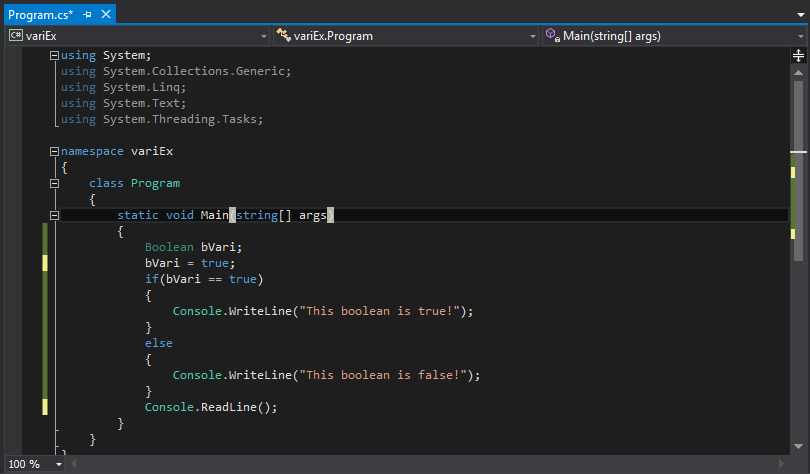 That was pretty easy! You learned how to declare and initialize a variable (specifically a boolean in this case), which is pretty much what you do for every section of the variables section. The next sub-section will be about creating an integer variable or also called an int.